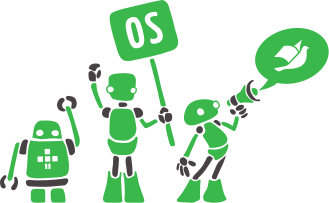 A technical standard is a set of commonly agreed rules in regard to technical systems. It is usually documented in a so-called 'standard specification' that describes ways to consistently organise information so that it can be understood and used by multiple independent applications. Standards which are used for information storage are called 'formats', and those for transmitting information are called 'protocols'.

The problem arises when a standard is owned by one market player that uses their position to control the further development of the standard, or tries to manipulate it through licensing policies in order to exclude or include some specific groups of actors. In this case, the standardisation is used for contrary purposes than promoting competition and interoperability.

The aim of standards is to establish a common ground in technology and enable different applications to interact with each other. With more and more data being digitally stored, it is more important to ensure its portability between different applications. This is why it is essential to make sure that the format one chooses to store data is accessible with multiple applications, irrespective of vendor or a technical solution.

Overburdened standards with multiple unnecessary features give their vendors an advantage: it is more difficult for another implementer to adequately read the format, and the customer is forced to a vendor lock-in. In addition, standards bloated with rarely used features leave backdoors and vulnerabilities for malicious attackers to take advantage of.

While RF licensing addresses only the royalty-payment criteria, it does not address other restrictions that may be placed on adoption and implementation of a standard by Free Software. In this regard, the licensing policies of patented technology in standardisation have to be compatible with the widest range of actors on the market, as the purpose of standardisation is to promote competition and to allow innovation on top of it.

It is noteworthy that hardly any new system in information and communications technology (ICT) is built without the use of Free Software, and the exclusion of companies basing their products on Free Software from standardisation can significantly hamper innovation. Therefore, the appropriate licence for standard-essential-patents is the one that does not place any restrictions to the standard implementation with Free Software, i.e. 'restriction-free', according to the Open Standard definition.