2020 has been a challenging year for everyone, but we have kept fighting for the freedom of software users everywhere. We need your support now to carry on this work next year. If you are in a position to do so, please donate to us today.

We also need your help to spread the word, so do not forget to tell your friends and family about our work and fundraising efforts. Thank you so much from everyone at the FSFE! 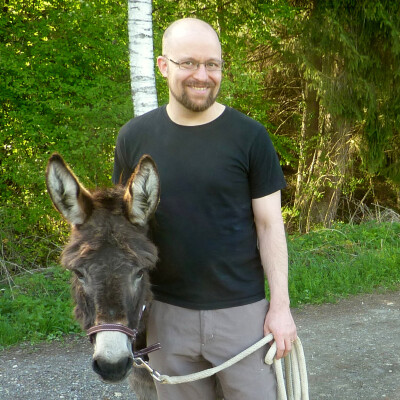 Bernhard Weitzhofer: The great community of fellow souls played a big part. The feeling of improving the world a little bit was another important factor.

Apart from manning FSFE booths at various events and giving workshops and talks regarding Free Software, I try to be a positive example of someone benefitting greatly from Free Software. Oh, and I almost forgot: I try to coordinate Munich's FSFE group. Check out our page to see when and where we're meeting!

What is the most fun part about engaging for FSFE?

No man is an island. There are so many great people working for and with the FSFE to interact with and to learn from. These people have been the most beneficial and the most fun part in engaging with the FSFE.

As a public servant: "Public Money? Public Code!", hands down. I write software for a living, being payed from taxes. I would love to put my software under a free license, for the benefit of others.

How did the stop of Limux influence the atmosphere in Munich's Free Software movement?

I experienced the stop of Limux twofold: On one hand there was great disappointment and a feeling of powerlessness in being unable to influence decisions that to me seem to be aligned against common sense and the common good. On the other hand we got to know a lot of kindred spirits. I hope the alliances formed in those weeks will benefit Munich's Free Software scene in the long run.

In laying the inner workings of our systems open, Free Software is an instrument of Truth.

If I'll have to pick favourites, I guess I'll go with Vim. I like that its roots can be traced back for almost half a century, and it's still one of the most useful pieces of software I have ever used. It also promotes a charity I support. Try ":help uganda" in Vim and see for yourself!

Since most of us worked with computers for a long time, I think we're still a little stuck in the mindset of equating "software" with "desktop computer application software". "Free your android" is a great first step in broadening our horizons. For the future I'd wish for the FSFE to focus more on all those centralized systems harvesting, storing and exploiting our data. Let's take back our freedom!