The FSFE's Fiduciary License Agreement (FLA) was initially introduced in 2002, to address the challenge of managing rights and content within a Free Software project over long periods of time. The FLA is a well-balanced contributor agreement, which gives the trustee, responsible for managing the rights within a Free Software project, power and responsibility to make sure the contributed software always remains free and open. This way the project, together with all the respective contributors, is protected against any possible misuse of power by a new copyright holder.

However, the last review of the initial FLA was back in 2007 and we are happy to present an improved and modernised version - FLA-2.0. The biggest improvements are that the FLA-2.0 now also covers patents and enables more practical licensing options directed towards third parties – including referencing an external licensing policy. In addition, the new wording is much improved both in its compatibility with more jurisdictions as well as being easier for everybody to understand and apply.

For FLA-2.0, the FSFE joined forces with ContributorAgreements.org and integrated the FLA-2.0 into its Copyright Licensing Agreement (CLA) chooser/generator, in order to make the use of the FLA easier both for projects and for developers. As a side-effect, all CLA on ContributorAgreements.org have been updated as well, following some of the improvements from the FLA.

The members of the Free Software Foundation Europe held their General Assembly on October 15 in Edinburgh, Scotland. The annual meeting is held to discuss strategies for the upcoming year and to set the overall direction of the organisation. Amongst other things, the General Assembly prepared a route to some reforms of the organisational structure and adopted an overall Code of Conduct for the FSFE. Patrick Ohnewein was elected as the new Financial Officer, and six new members joined the association. You can read more details in the official minutes and a summary about the accepted proposals in the corresponding news-item. 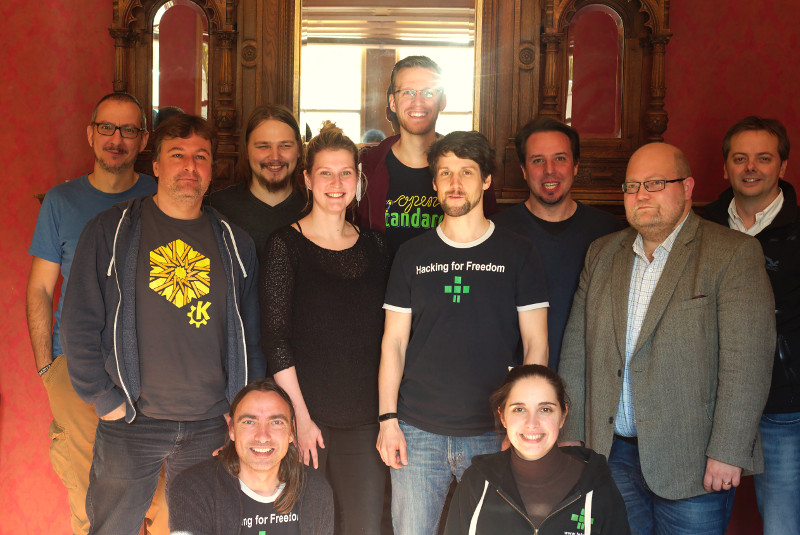